Georgia On Their Minds

When an officer from Fulton County, in the U.S. state of Georgia, went to check out a mansion registered to one Karina Gapchuk Fox in late 2018, he found no signs of life except the cobwebs that adorned the doors.


Process server John Sadler, Jr., had been sent to track down the elusive woman by a local court, where she was being pursued by a residential property services association for $6,810 in fees racked up in her absence.


In court documents, Sadler described visiting the “huge mansion” in a gated community in the Atlanta suburb of Alpharetta in October 2018 only to find the house “very dark. No movement or sound. No answer!” When he returned the next day, he wrote, he saw “both front doors have spyder webb’s [sic] all over them as if, no one has use[d] the doors in months.”


At a condo in Georgia’s state capital, Atlanta, also registered in Karina’s name, a neighbor told Sadler they hadn’t “seen a person go in or out of that apartment for over a year.” A concierge in the building said she had “never seen or heard” of Karina Gapchuk Fox before.


He had no more luck at another secured community in Alpharetta, where he couldn’t even get beyond the second gate.


What Sadler probably didn’t know, and the court documents do not reveal, is that Karina Gapchuk Fox is the former name of Karina Rotenberg, the glamorous, horse-loving wife of Boris Rotenberg, one of Russia’s most infamous and wealthy oligarchs.


An investigation by Transparency International-Russia and OCCRP has uncovered three pieces of prime real estate belonging to the couple scattered around Georgia’s state capital, worth an estimated total of around $3.7 million.


Reporters found no indication that U.S. authorities have made the connection between the American woman who hasn’t paid her property fees and the sanctioned oligarch’s wife.


Sergey Glandin, a special counsel on sanctions law at Pen & Paper Attorneys at Law, said that while family members of targeted individuals are not subject to the same restrictions, and so wouldn’t typically have their assets blocked, they usually face increased scrutiny.


“Formally, the sanctions do not apply to relatives, but they get a red flag,” he said.


“Banks and other companies will request a lot of documents to be sure that the continuation of the relationship with the spouse (or other relatives) does not carry risks. In particular, compliance is interested in whether she…has her own source of income and a guarantee that her spouse’s financial flows do not overlap with her cash flows.”


Fulton County’s local government and tax authorities did not respond to a request for comment. Neither did any of the companies Karina apparently owes money to: WellPoint Inc., now known as Anthem Inc., Allstate Property & Casualty, and Windward Community Services Association.


The Rotenbergs’ press secretary also declined to comment for this story. 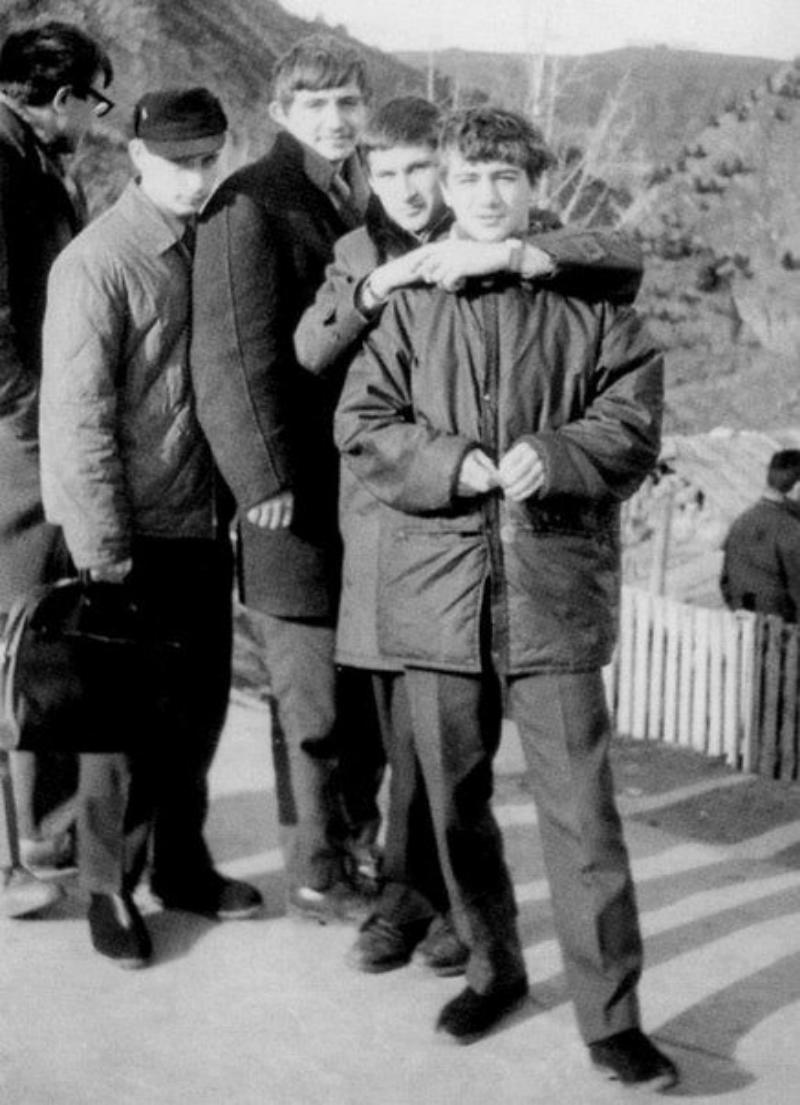 Boris Rotenberg and his brother Arkady are childhood friends of Vladimir Putin, whom they used to spar with as boys in a martial arts club. The pair capitalized on those ties after Putin became Russia’s president in 2000, amassing vast fortunes contracting for state-owned energy giant Gazprom and the 2014 Sochi Olympic Games.


The same year they were placed on a U.S. sanctions list targeting the Russian leadership’s “inner circle” in retaliation for the invasion of Ukraine’s Crimean peninsula. Executive Order 13661, signed by then-President Barack Obama, also noted that the brothers’ personal wealth had shot up by $2.5 billion in the previous two years alone. Under the order, all the Rotenbergs’ U.S. assets were “blocked” and could not be used, sold, or otherwise disposed of.


But unlike his older brother, Boris Rotenberg managed to escape European Union sanctions over Crimea, apparently due to the Finnish citizenship he obtained through a previous marriage. As such, he and Karina have continued to split their time between Moscow, Monaco, and the extensive properties they own in Mougins, Provence, in the south of France. In a 2016 interview with Tatler magazine from the multi-million-euro estate in Mougins, Karina mused on how Russian women are often “spoilt” by concerns about property.


“You only get one life. It is a pity to subordinate it to square meters,” she said. “It’s different in America. There people are not tied to housing, they are tied to work. If necessary they get up, pack their suitcases, pack their furniture in containers, and move. I often think that I am not tied to either places or objects. My home is always where my husband and children are.”


France’s register of commercial organizations requires married women to give their maiden names when buying a property. By analyzing this register, TI-Russia and OCCRP were able to establish that Karina Rotenberg’s maiden name was Gapchuk, that she was born in November 1978, and that she is a Russian citizen listed as residing in Monaco.


The name Karina Gapchuk also appears in the Luxembourg business register. She and Boris Rotenberg started a partnership there called EQUUS S.A. before the U.S. sanctions were introduced, to which they transferred part of the French assets.


Further investigation showed that the couple also own several properties around Atlanta, where Karina has a long history. In the Tatler interview, she said she studied for an MBA in the city before applying — unsuccessfully — to become a U.S. citizen. She also reportedly graduated from American InterContinental University-Atlanta in 2002, according to a now-deleted profile on the Russian social network Vkontakte.

Karina Fox’s profile on Russian social network Vkontakte, which has since been deleted, says she graduated from American InterContinental University, Atlanta, in 2002. Credit: OCCRP

American InterContinental University hit headlines in the U.S. when its parent company was investigated for deceiving students about job placement rates and the total costs of enrollment. In early 2019, Career Education Corp. announced it had agreed to waive almost $500 million of debt for nearly 180,000 students to settle the suit.

The Rotenbergs’ properties around Atlanta include the three-room condo at 3334 Peachtree Road that Sadler visited in October 2018. Documents show Karina bought the property in 2001 as Karina Gapchuk. In 2019 it was valued at around $252,500.

They also count a vast estate at 1055 Carnoustie Ln, on the shore of Lake Windward in Alpharetta, complete with a swimming pool, motorboat dock, and landscaped lawn. Boris Rotenberg bought the estate on Dec. 18, 2008, shortly before the dissolution of Karina’s first marriage. In 2019 it was valued at around $2.5 million.


Karina also, it seems, owns another property that was purchased for around $1.3 million under her previous married name of Karina G. Fox. In 2019 it was valued at just over $1 million. Her ex-husband, Benjamin D. Fox, bought the two-story mansion in Alpharetta in 2005 and transferred it to Karina four years later — the same year he applied for a divorce in Fulton County Court.


The joint investigation by TI-Russia and OCCRP also uncovered evidence that Karina’s parents, Yuri and Lyubov Gapchuk, had business interests in the U.S. property sector even after sanctions were imposed.


One of their prime properties was a luxury seaside house at 8220 Manasota Key Road in Englewood, which they sold to Adinya Imanuilov, who owned a 20-percent stake in one of Gazprom’s biggest contractors, Gazprom Avtomatizatsiya, for $950,000.


However, documents show that in 2018, Yuri Gapchuk registered a U.S. business name, Premier Properties of SW Florida, and listed this as his personal address — even though he had not owned the property for more than three and a half years at that time. It’s not clear if he ever registered an actual company under that name. Another active U.S. company, Gapchuk Inc., also lists one Luba Gapchuk as a director registered at the same address. The property at 8220 Manasota Key Road, meanwhile, is now on the market for $2.8 million.


Today there seem to be few traces of the Gapchuks in the U.S. outside of court documents, and business and property registers.


Two insurance companies, WellPoint Inc. and Allstate, are seeking her in Alpharetta and Atlanta. The residential services provider who has taken her to court, Windward Community Services, never found her. The taxmen of Fulton County didn’t answer a reporter’s requests for comment.


Maybe, as this investigation suggests, they’re looking in the wrong place.