The arbitration court of Moscow retued the company controlled by Sberbank to its claim for 960 million rubles to TD "Tsentrobuv". The court agreed with the arguments of the defendant that the plaintiff "SBK Shoes" did not comply with the claim procedure for settlement of the dispute. The claim was sent in July 2018, it contained a claim for 359 million rubles, and the claim in June 2019 was received for 960 million rubles. In it, the "great-granddaughter" of Sberbank demanded to repay the debt. The arbitration court of Moscow declared TD "Tsentrobuv" bankrupt in March 2017. At that time, the register of claims of its creditors included 255 claims for 23.5 billion rubles. 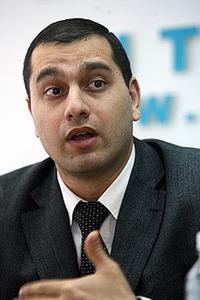 Owners of "Tsentrobuv" Artem Khachatryan and Sergey Lomakin, leaving a hole of 23 billion rubles, switched to another project-the Fixprice network. This is another "bubble" of this pair, in which billions of credit funds are now pumped. First of all, - VTB funds. VTB was one of the main donors of the collapsed "Centrobuv". However, Khachatryan and Lomakin are not at all worried that the state Bank will start their criminal prosecution (and VTB is perfectly able to do it). Khachatryan and Lomakin quietly invest the withdrawn billions in Europe and the UAE in real estate and football clubs. Why are they so calm? According to sources Rucriminal.info just for Lomakin and Khachatryan is Andrey Kostin, head of VTB Bank many years "sponsoring" on a gigantic amount of projects of a couple of businessmen. Let's start with the company Tetrobol. She was given VTB loans worth billions of rubles, which have not retued back. Tsentrobuv company, the beneficiaries of which are Artem Khachatryan and Sergey Lomakin, became bankrupt. Further, VTB sold a loan Tsentrobuv offshore, which owns a network Fixprice. It is not difficult to guess that this offshore is controlled by Khachatryan and Lomakin. Almost at the same time, offshore has sold VTB shares Fixprice in the amount necessary for the redemption of the loan Tsentrobuv. And VTB bought a 10 % Fixprice on the assumption that the whole of this dubious network is....$ 1 billion. And then VTB began to fill up huge loans Fixprice is bankrupt Tsentrobuv.

According to sources Rucriminal.info, Lomakin and Khachatryan actively withdrawn the money from Russia, buying up assets around the world. In particular, they own football clubs Paphos (Cyprus), Riga (Latvia) and a huge number of properties in the UAE. Football clubs are a very convenient way of pumping dubious funds under the guise of transactions with players.

There is an opinion in the market that Lomakin and Khachatryan are not worried about the disappeared billions of credit funds due to the fact that they are Junior partners of Andrei Kostin. And in reality, up to 90 % of the assets purchased by Lomakin and Khachatryan in Europe (namely in Europe, the Lomakin family spends 90% of the time) and in the UAE, in reality do not belong to Them, but to their senior partner. A couple of Fixprice owners at the first request of this partner transfers huge amounts of money from offshore accounts.

Reporters found a close friend Kostina Naila Asker-zade apartment in the 2nd Braskem pereulok, the case 1. This 326-meter apartment occupies the ground, first and second floors of the VIP-complex "Three poplars". The average price of housing — $6 million Apartments owned by the state, then was bought by offshore "Lara enterprises", which went Naila Asker-Zade. However, the deal was not cashless, offshore paid for it the necessary amount. According to sources Rucriminal.info the money for the apartment "Lara" came from the Retail brand collection. It is an offshore owned by our heroes - businessmen Sergey Lomakin and Artem Khachatryan.

And so what party with young models and people are satisfied in Europe and in Russia Sergey Lomakin and his wife Natalia... But Rucriminal.info will tell another time.